Wet End to the DofE Season 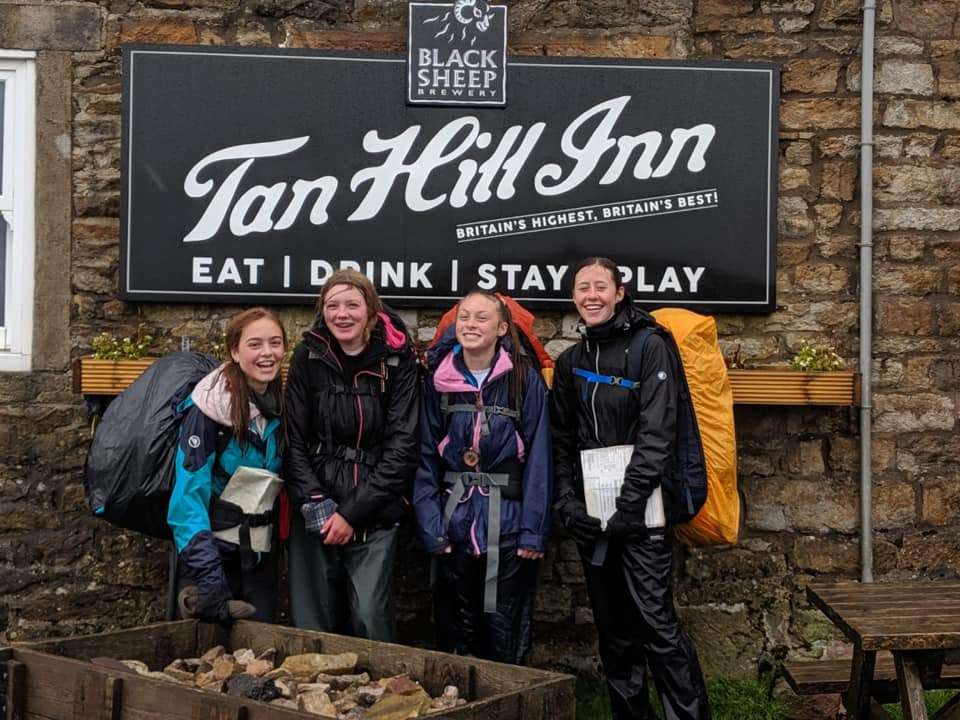 Our DofE teams have completed their final expedition of the season and what a wet one it was!

Expedition leader Wayne Collins supervised three Bronze teams as they walked from Reeth to Tan Hill, camping at Muker along the way. Assisted by volunteers Alison and Peter and Assessor Rachel, the teams found themselves up against a wet weather that even World Champion Cyclists decided to divert away from!

Saturday begun with fairly mild weather, dry and sunny, as the groups walked along Swaledale to their campsite in Muker. The dale was decorated for the World Cycling Championships and there was a certain buzz in the air as locals prepared their communities Sunday’s race. Our teams were all in camp by 6:30pm and settled in with their evening meals.

Overnight the rain made an appearance which hindered sleep for those under canvas and meant for a wet start to Sunday. By this time our camp hosts had informed us that the cycling race had been diverted to avoid flooding and on inspection of the forecast it became clear the wet was set in for the day. Our three groups began their walk from Muker along to Keld and then across the moor to Tan Hill in very cold and wet conditions. They did tremendously well to keep their spirits high.

At times Peter and Rachel walked out to meet the groups for a chat and some encouragement but overall every participant was positive despite being completely soaked and carrying extra heavy kit due to the heavy and persistent rain at times. Everyone was congratulated on completing their walk and on being so positive throughout. With hardly any other walkers out on Sunday, it was clear this was not the weather you would choose to take a hike in!

All participants now have the task of completing their volunteering, physical and skills sections and getting their full awards signed off. If anyone is interested in starting their DofE at any level please contact Rachel at info@tcrhub.co.uk.

The award would not be possible without a team of volunteers, who we are ever grateful for.