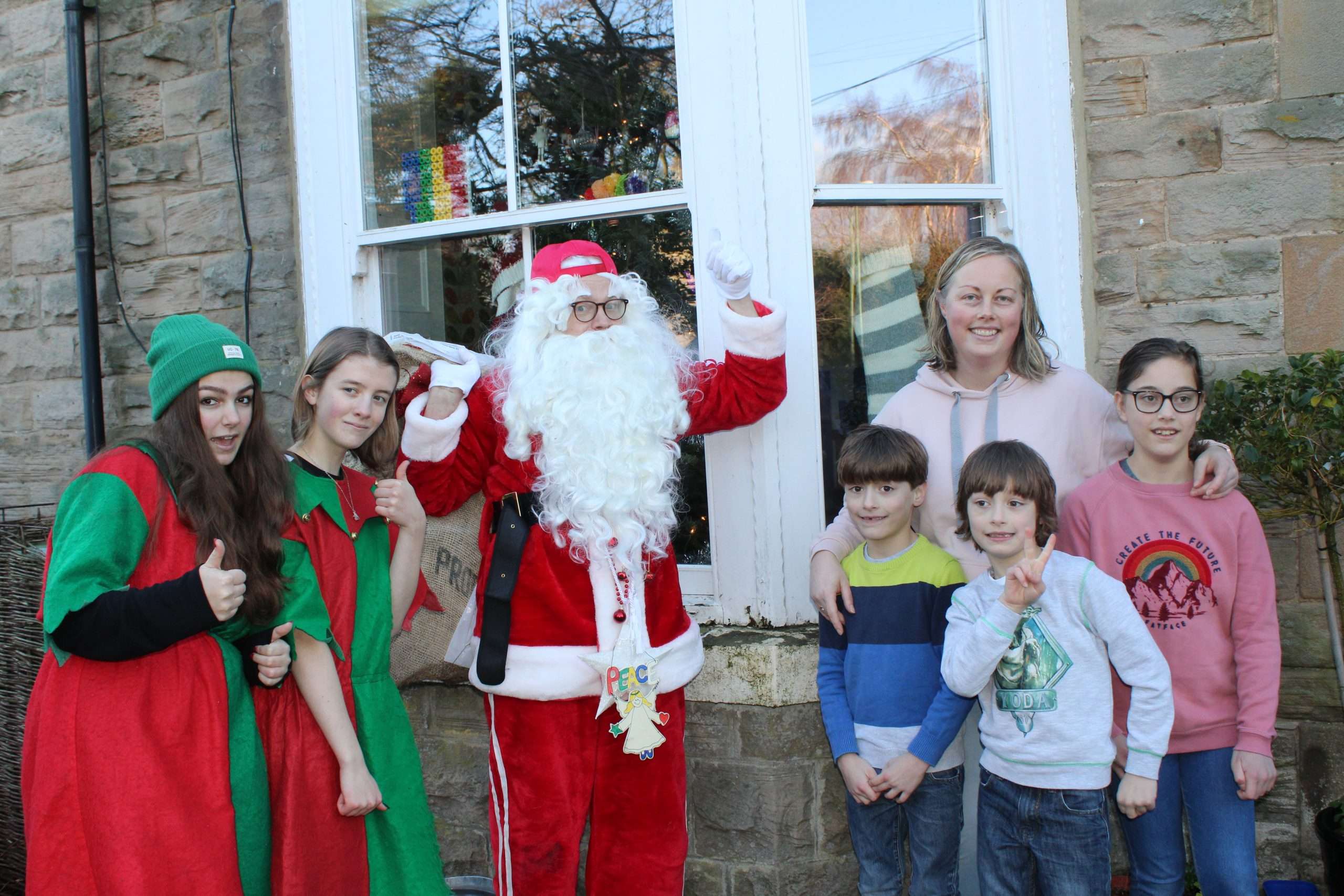 The TCR Hub team throughly enjoyed our Doorstep Santa visits on Saturday 12th and 19th December to families who deserved a festive treat this year.

Following family nominations for visits throughout Teesdale early this month, Rachel Tweddle, our CEO, and Sarah Gent, one of our Family Activities Coordinators, each took a turn as Chief Organiser of Team Santa, resulting in a day of visits in Barnard Castle, and another day travelling throughout Teesdale.

A massive thank you to the hugely talented Ben Pearson, one of The Castle Players and a community-spirited, warm-hearted gentleman who stepped into the role of the man in red. Our Santa was a little different from the norm, going for a cool and hip version of the traditional figure and thoroughly delightful. With a rap, balloon animals (which all, due to the fact that all animals in Lapland tend to look rather like sausage dogs, did in fact look like sausage dogs, with slight dinosaur or giraffe tendencies on occasion) and a magical hand puppet, Eddie the reindeer, Ben was an utter delight. Raising chuckles from adults and children alike, he performed his role with skill, sensitivity and enthusiasm throughout.

Our elves were absolutely legends in their own right, with Izzy Yeadon, Lois Falshaw and Tabi Anstey all joining in the Santa fun with style, humour and plenty of good will! The weather was as fickle as could be expecting in Teesdale in December but did nothing to dampen our spirits.

In total, Doorstep Santa bought smiles, entertainment and treats to fifteen local families, from Middleton in Teesdale to Ovington including 30 children, leaving them with gift boxes of sweeties, beautifully wrapped by Sweet Tooth, a local company based in Teesdale.

Thank you to everyone involved from all at TCR Hub, especially Ben, Izzy, Lois and Tabi for making Team Santa so awesome this year! 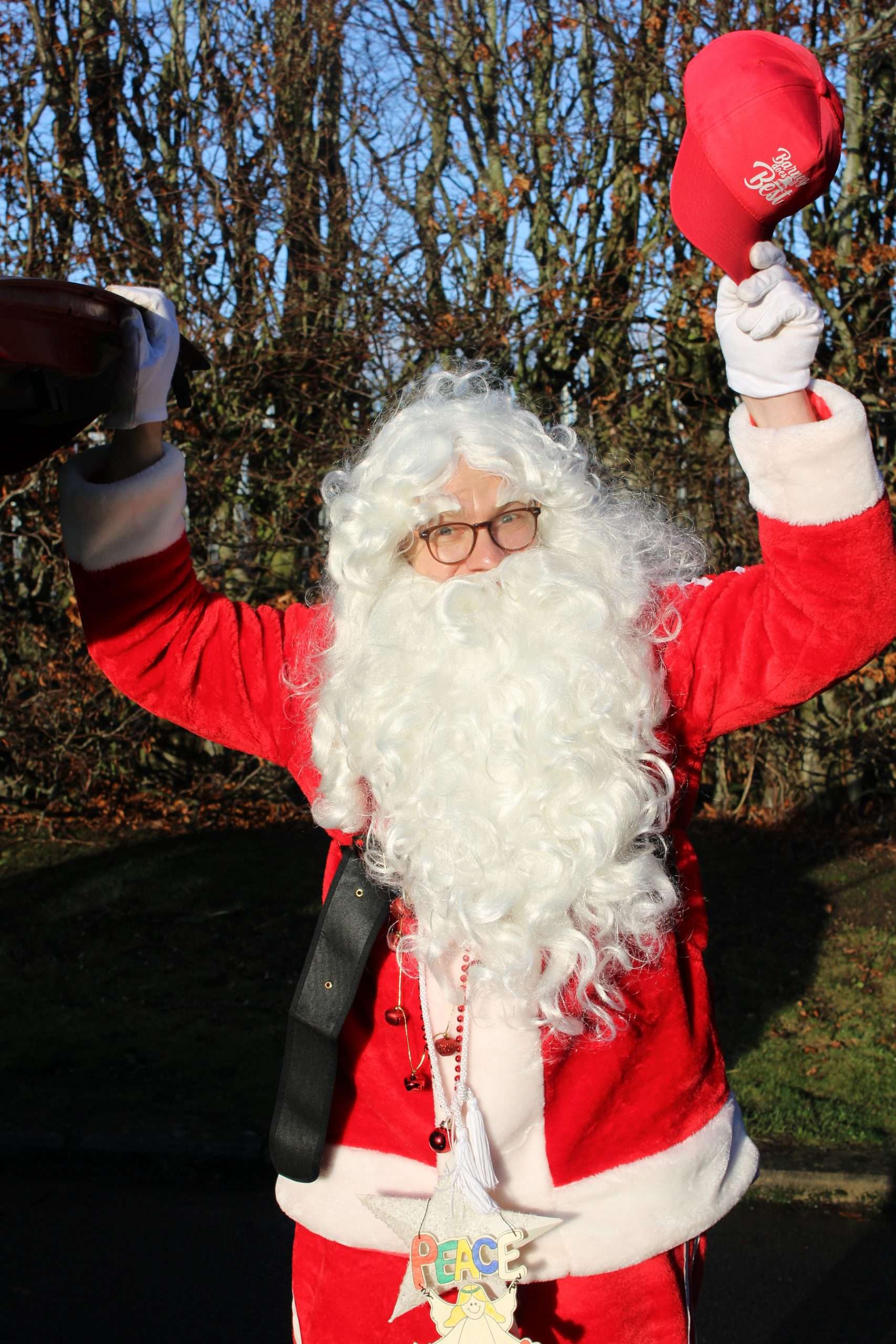 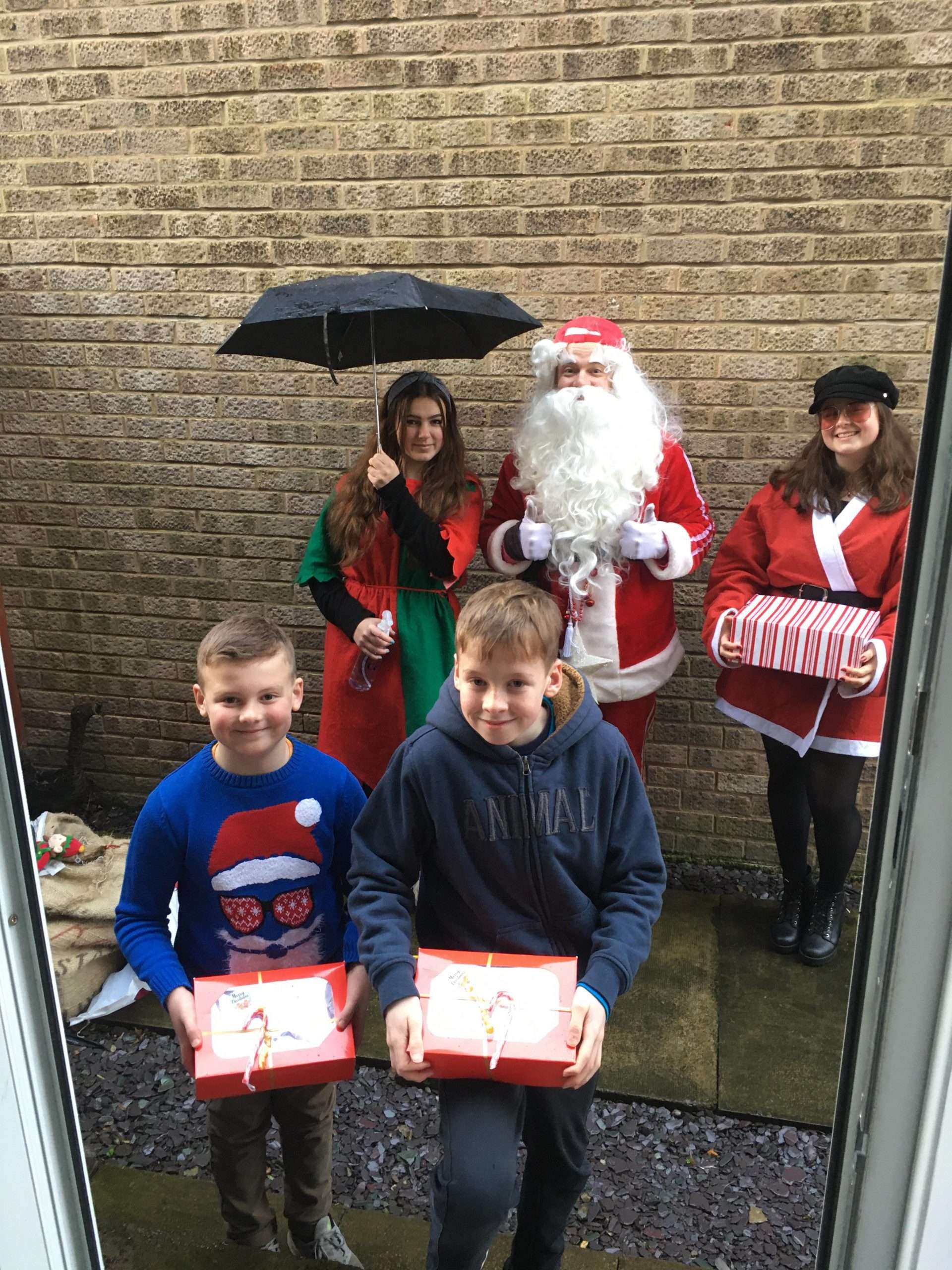 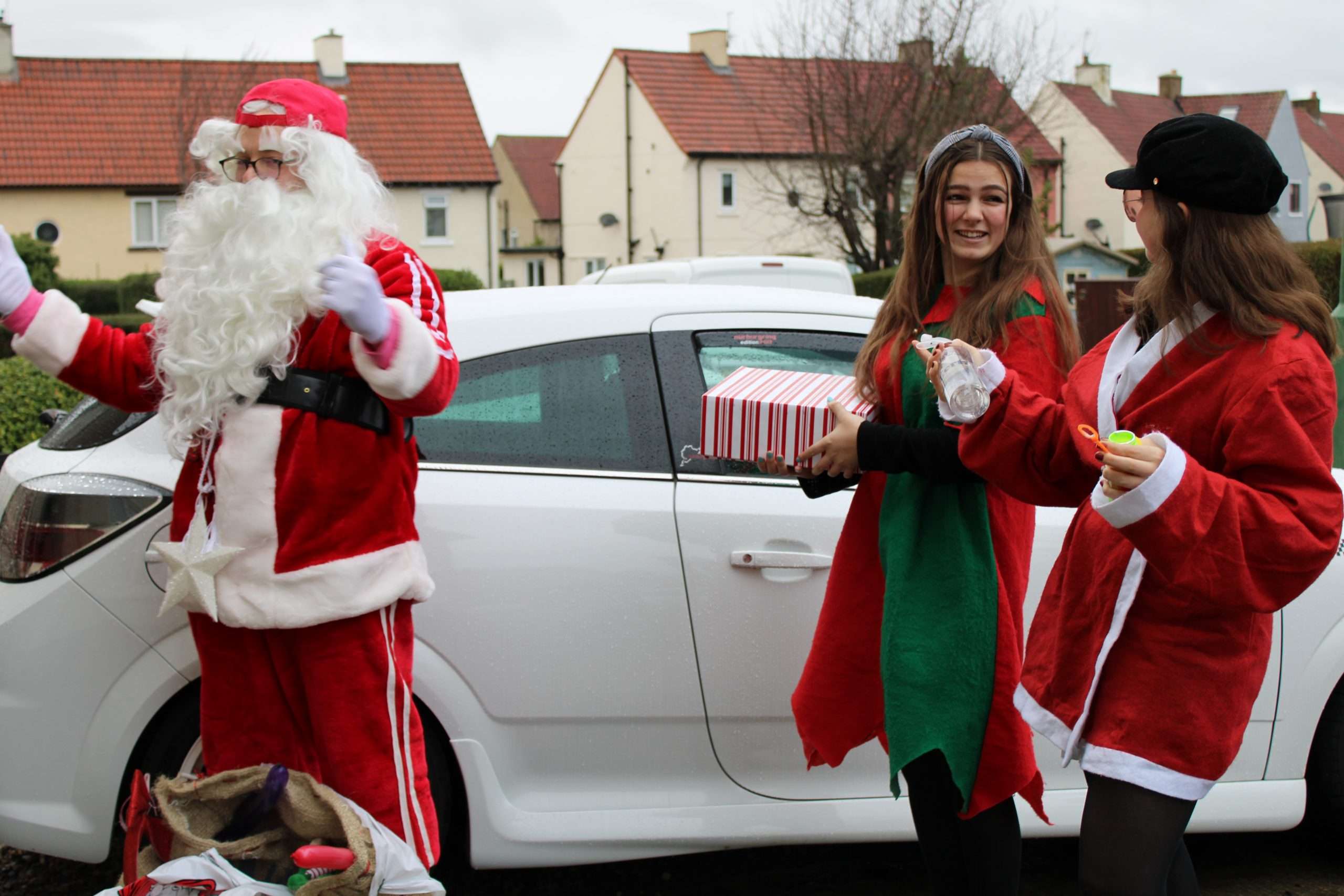 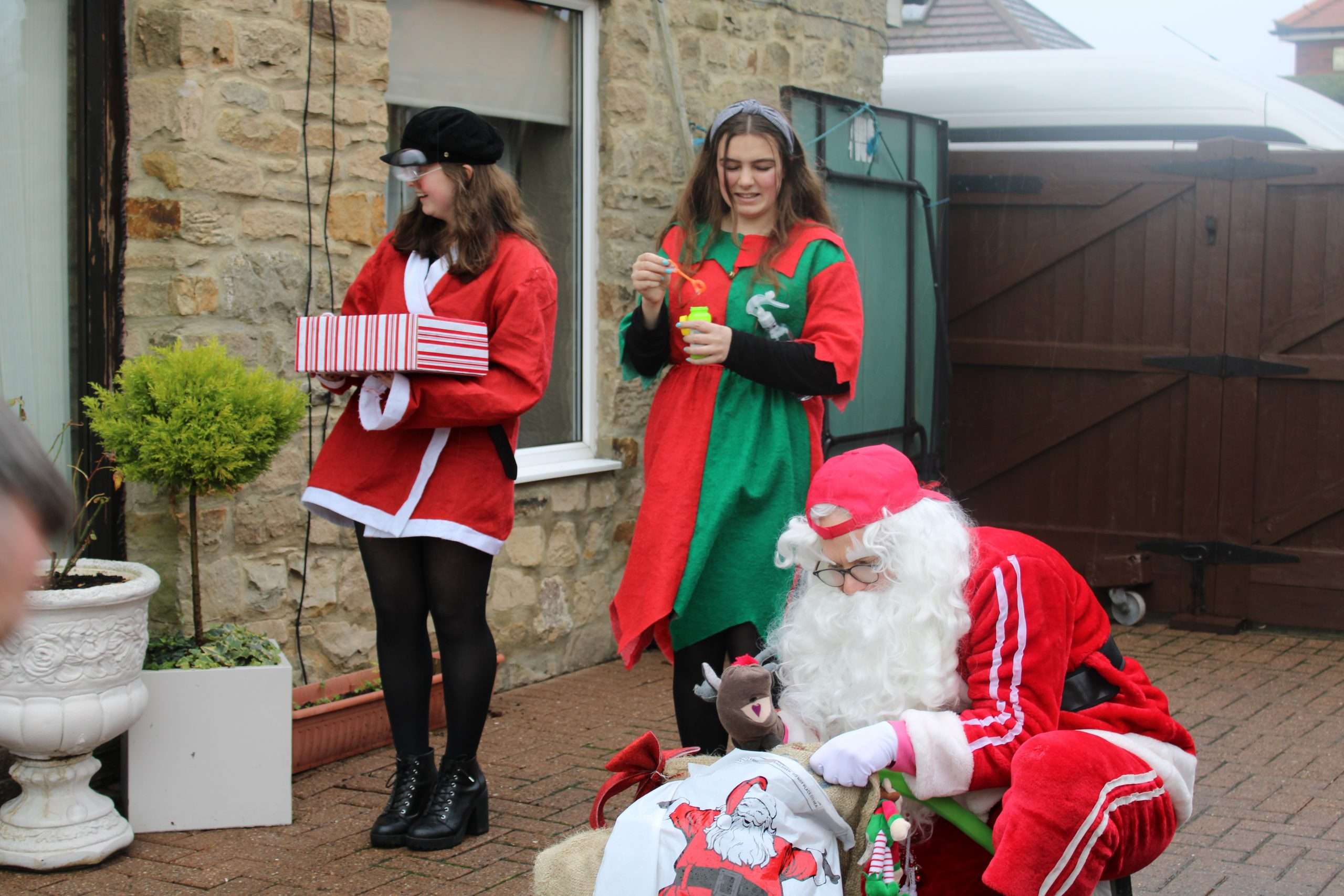 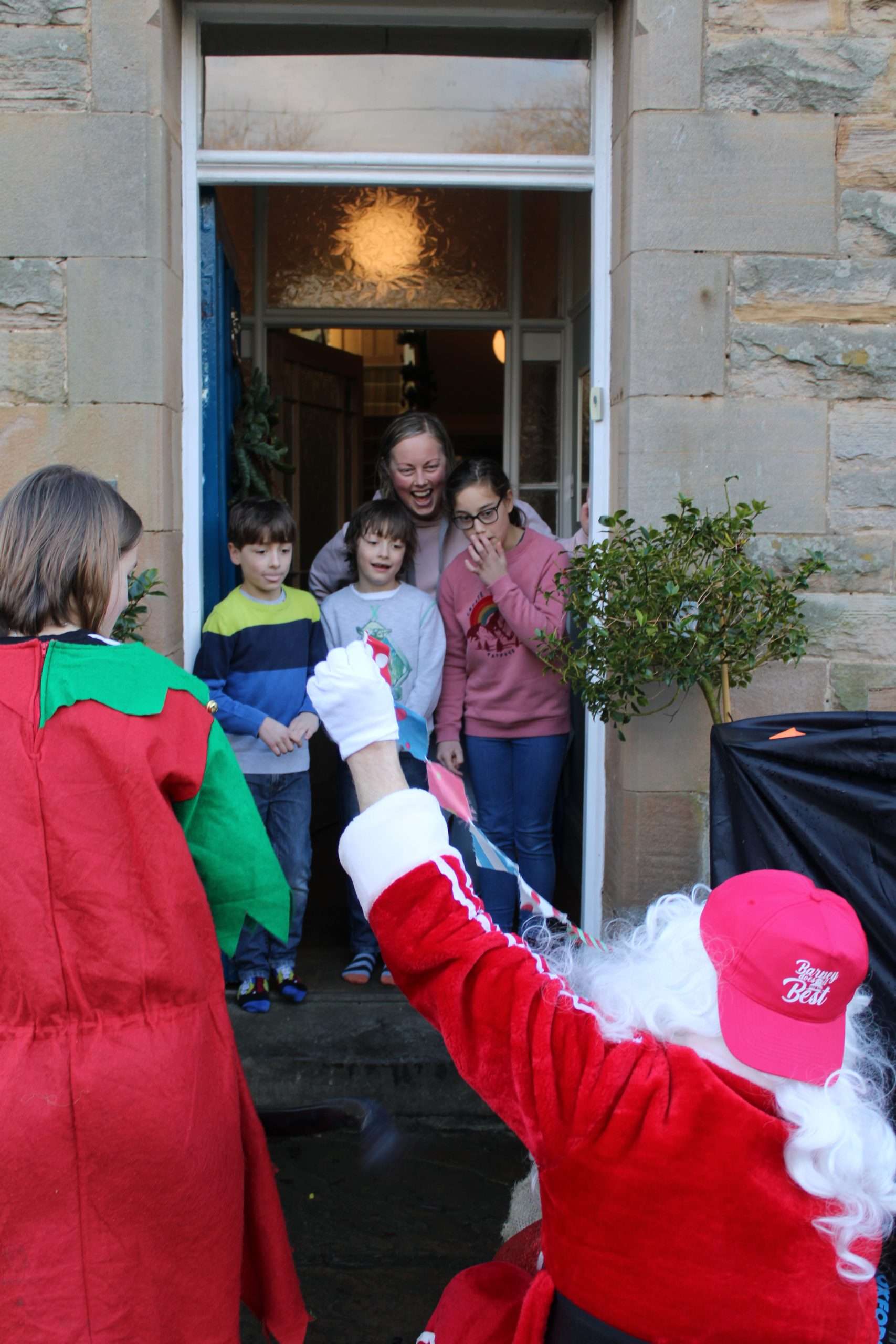 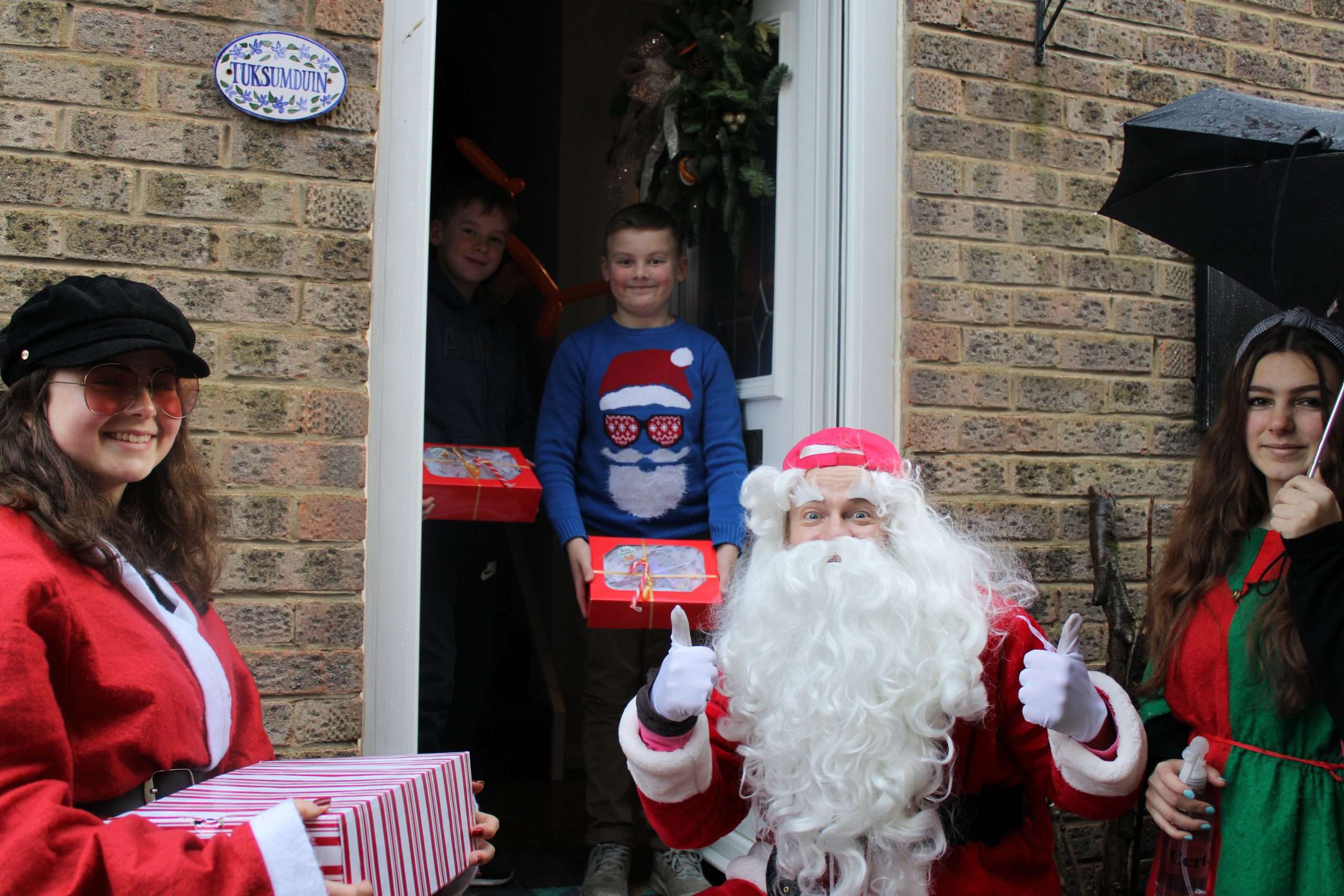 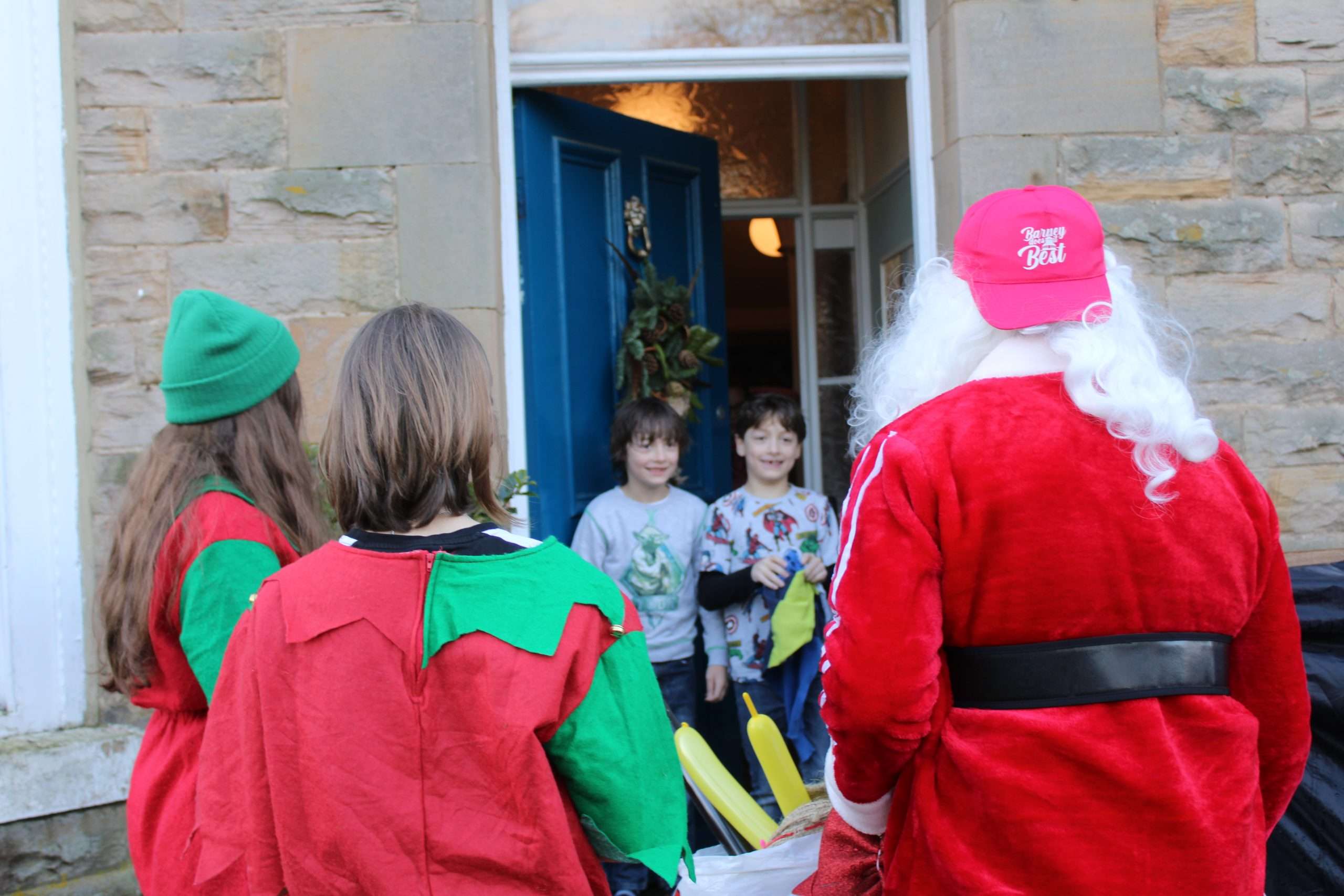 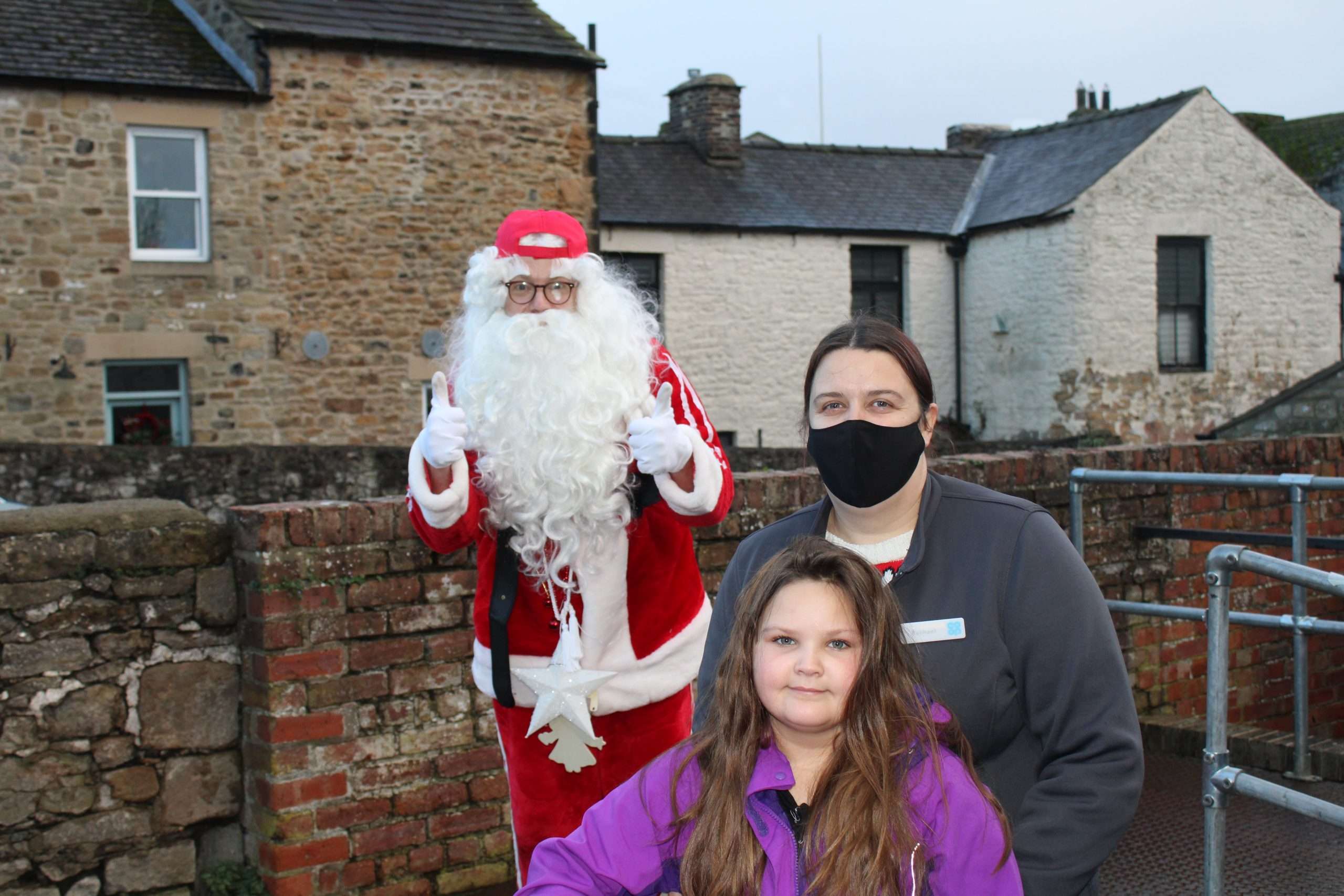 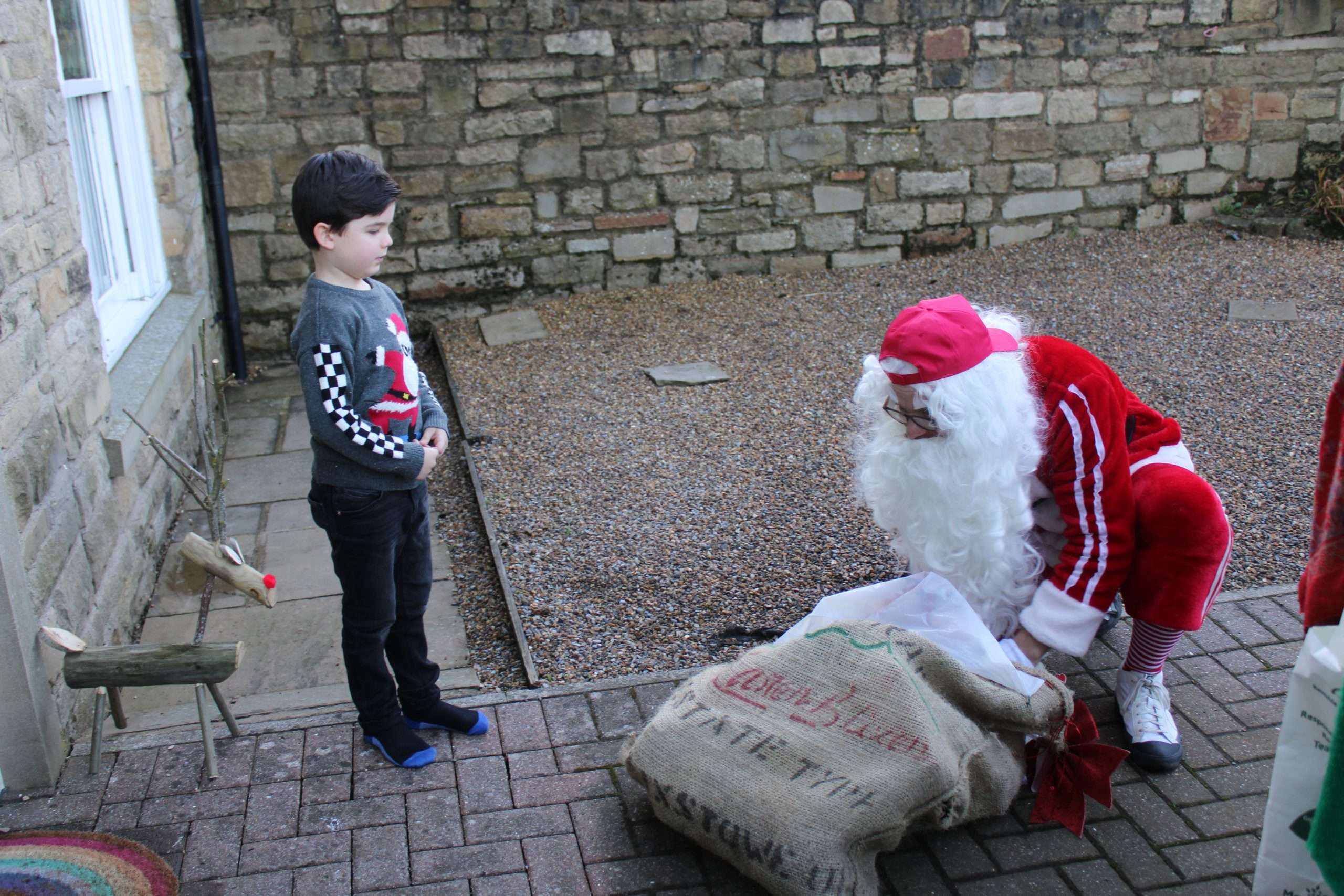 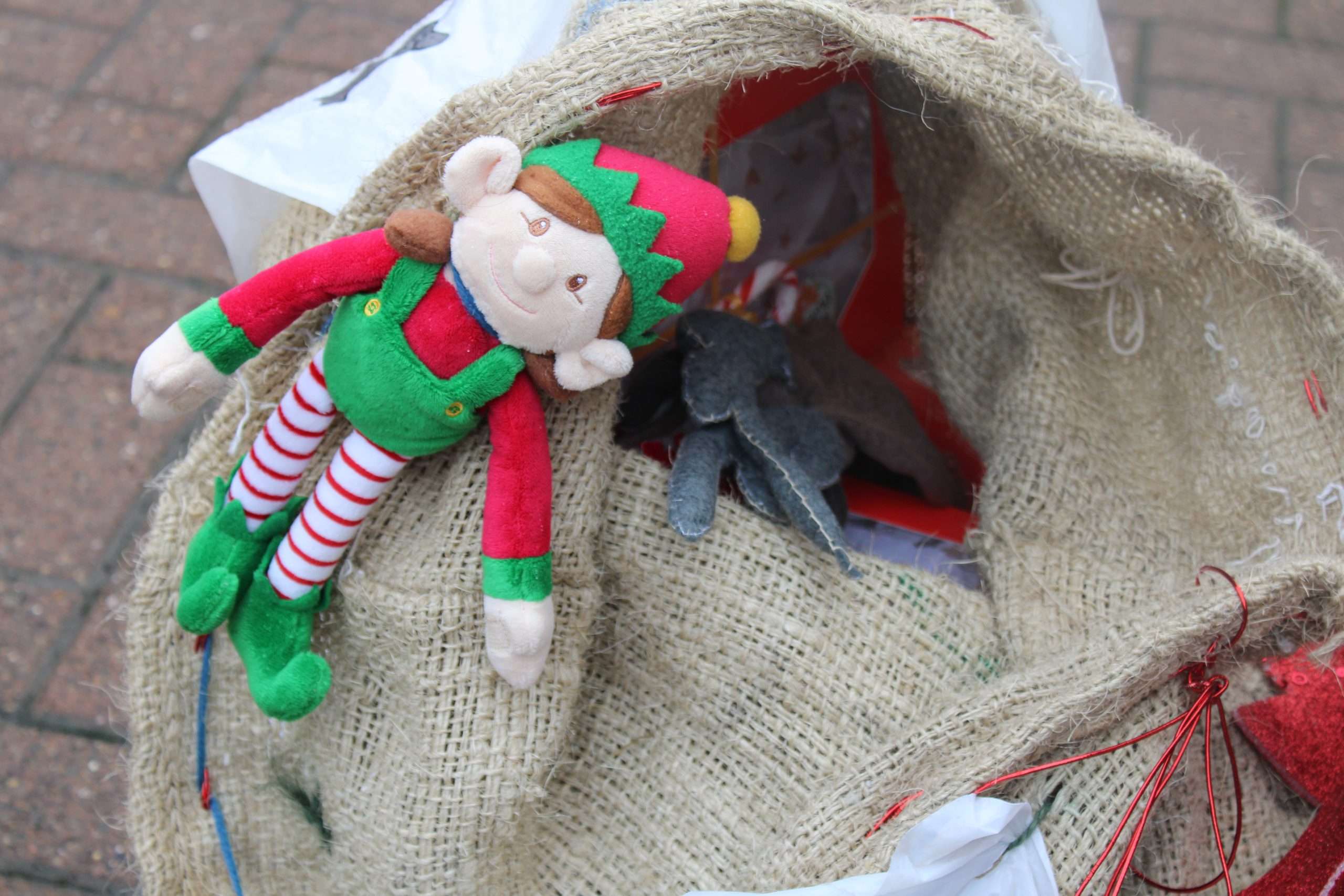 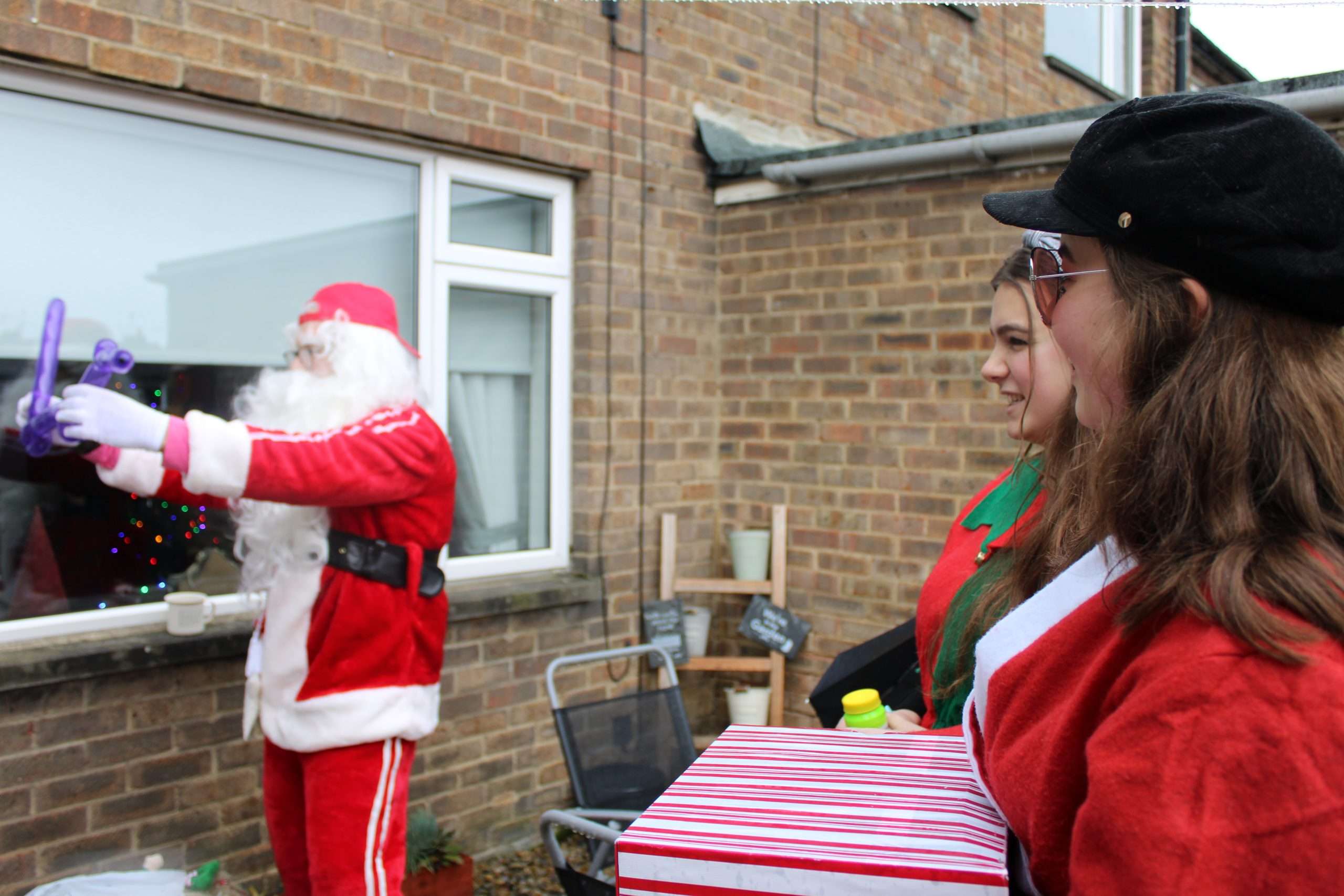 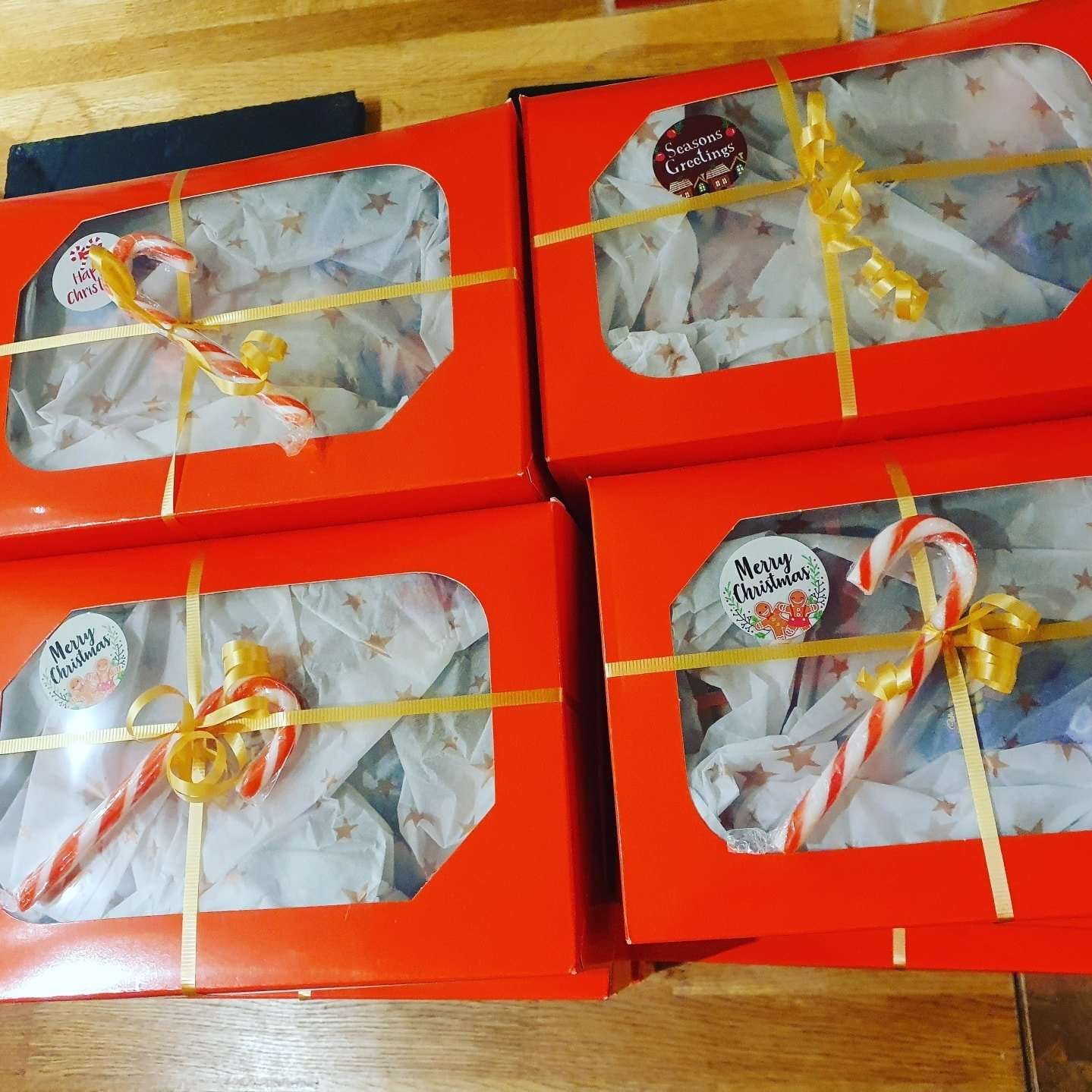 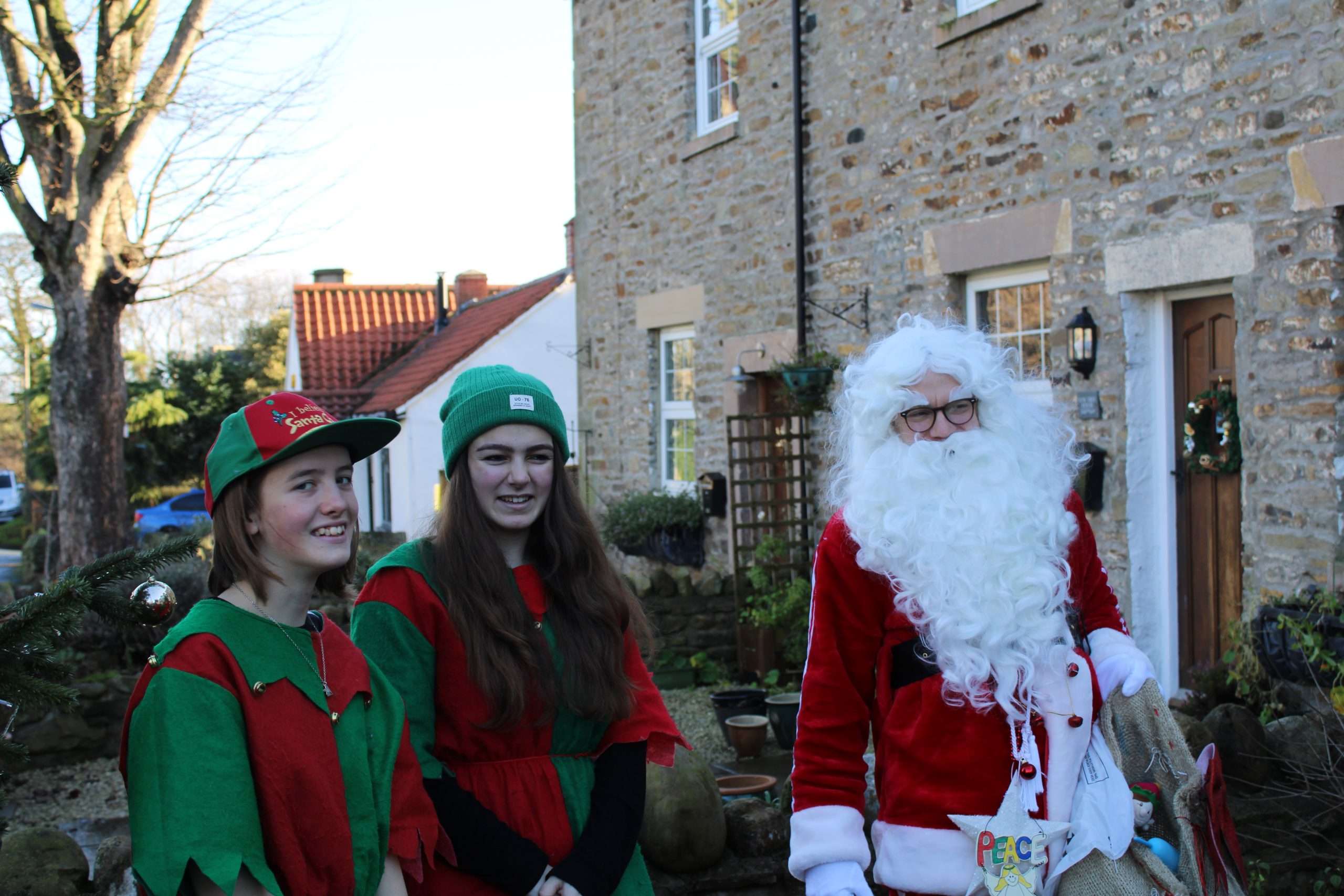 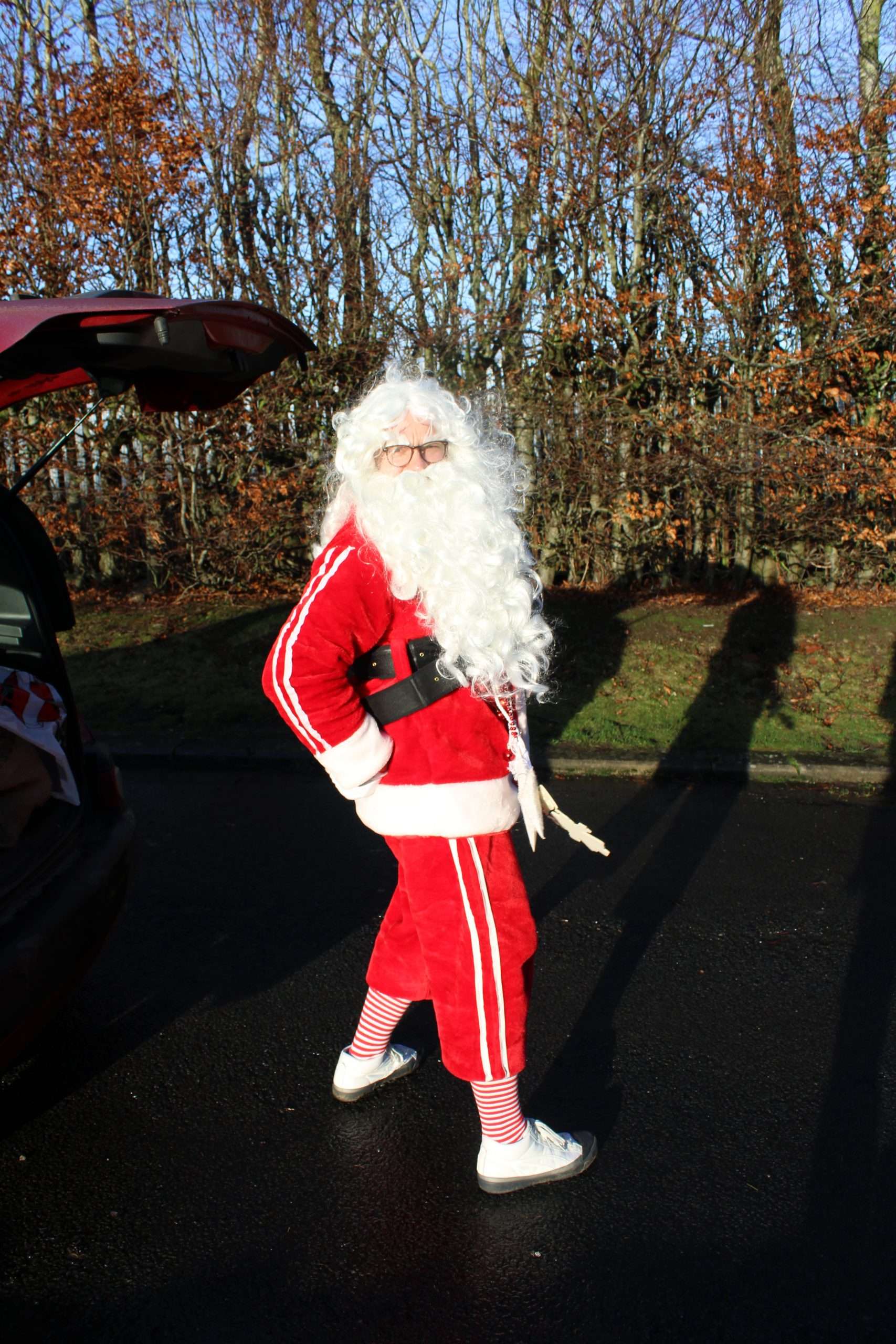 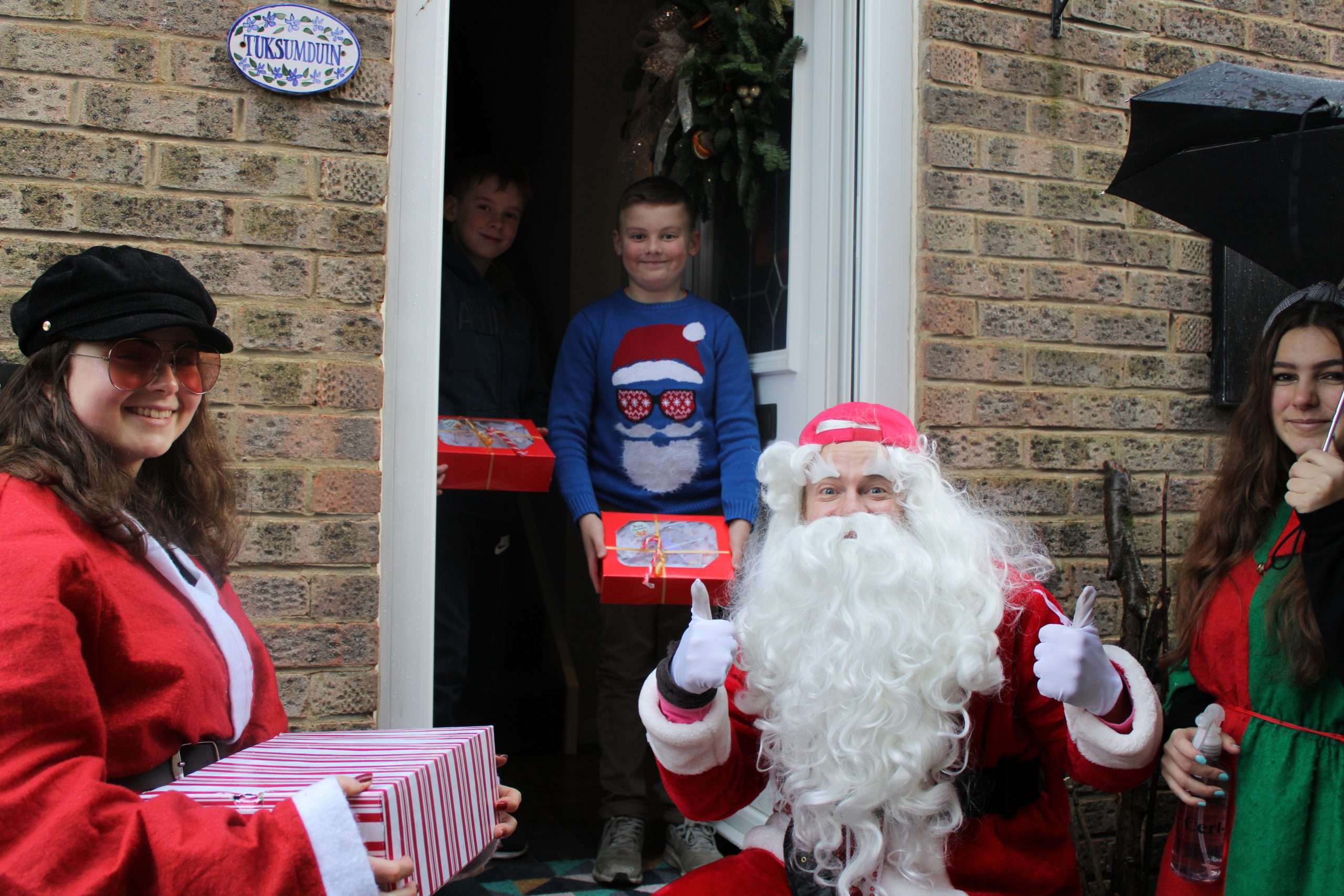